Want to visit France without getting on a plane? Bite into a flaky, scrumptious croissant. Oh la la! The best croissants will absolutely melt in your mouth. Thanks to the butter, eggs, milk, and sugar along with yeast leavening to plump it up, the croissant has a richness similar to brioche or danish.

But what is it really? The croissant is a “viennoiserie” – think bread meets puff pastry. As the name suggests, the origin is actually Austrian, not French. But while the croissant may have been created in Austria, it was further developed and made popular in Paris.

The plain croissant is always a favorite… but add almond, chocolate or other flavors and explore new taste territory.

This one’s the classic crowd-pleaser. The list of ingredients is relatively simple – 3 cups flour, 1 cup butter, one cup milk or water, 2 teaspoons salt, a quarter cup of sugar, and 3 teaspoons active yeast. Using a stand mixer with a dough hook is certainly helpful, but you can mix by hand and still come out with a decent pastry. You do need to make sure the dough is well combined, so it may take extra time to mix by hand.

Combine the ingredients, except for the butter, and mix, then let it sit in the refrigerator between six to twelve hours to let the yeast to do its job. Now you’re ready to “turn” the dough. Roll the dough out on a floured surface to about ¼ inch thickness about 12 inches wide, making a square. Beat the softened butter and spread a thin layer over the dough, creating a 6-inch layer in the middle of the square. Fold the dough over from the top, bottom, left and right. You will wind up with a 6-inch square. Spread out with your hands to make an 8-inch square.

Refrigerate again for 2 to 3 hours. Cut into squares and roll into crescent shapes. Brush lightly with a beaten egg and bake at 400 F for 10 minutes and turn the heat down to 325 and bake another 25-30 minutes until golden brown. 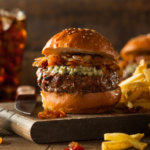 Pulled pork found its origin in the Southern States of the U.S, particularly in the Carolina’s, … END_OF_DOCUMENT_TOKEN_TO_BE_REPLACED 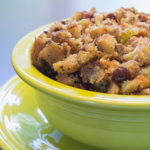 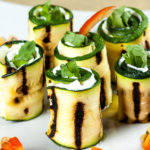 When it comes to dinner ideas, chances are that you first think of a meat and potato dish. Many … END_OF_DOCUMENT_TOKEN_TO_BE_REPLACED 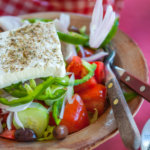 Salad isn’t the most exciting meal. It doesn’t contain any rich, expensive meats. It doesn’t take a … END_OF_DOCUMENT_TOKEN_TO_BE_REPLACED 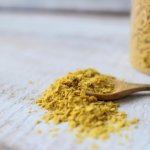 Nutritional yeast is inactive and has no use in baking, but it still makes an excellent addition to … END_OF_DOCUMENT_TOKEN_TO_BE_REPLACED 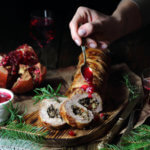 The basic recipe for meatloaf has been done to death. There are many variations, but the core of the … END_OF_DOCUMENT_TOKEN_TO_BE_REPLACED