Maple syrup is syrup that is made from the xylem sap of sugar maple trees (or sometimes other types of a maple tree). During cold weather, maple trees will store their starch in their trunks and roots. That starch will then be converted to sugar that will rise in the sap during the early spring. At this point, it is possible to tap the trees and to run some of that syrup off. And the result is the deliciously sticky, honey-type dessert that we all know and love.

Maple syrup has been used for countless generations as a way to sweeten foods. It is thought that it was first collected by the indigenous people of North America, with the practice being adopted by European settlers when they arrived.

Today the process is a little different, and Quebec has risen to become the largest producer of the syrup. Did you know that Quebec is responsible for 70% of all maple syrup exports? If you’ve had syrup lately, then there’s a better-than-average chance that it actually came from Quebec.

But who cares about all that! What we care about is just how delicious this stuff is, and how versatile. In this post then, we’re going to take a look at some delicious desserts you can make easily using the stuff, or make much better by adding it.

If you live in the US, then the word pancake probably makes you think of the thick, bready, breakfast snack. In Europe though, it means something slightly different – this is a much thinner dessert that is enjoyed after dinner, and sometimes even with savory fillings!

This is a fantastic option for maple syrup though, and it couldn’t be simpler to make. Simply take 150g of flour and sift into a bowl. Now add two whole eggs, and then 300ml of milk. You’re then going to add a pinch of salt and whisk everything to make a runny batter.

Meanwhile, heat up a pan with some butter, and then pour one ladle of pancake mix in. This should create a thin coating. Now swill the pan to ensure it is evenly around the entire pan and should be completely round.

Fry on one side for one minute, flip, and then fry on the other side.

Now serve up and squirt some maple syrup on top for a delicious sweet snack. 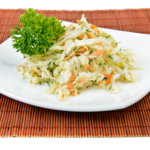 Coleslaw, also known as coleslaw, is a type of salad that is made primarily from finely shredded … END_OF_DOCUMENT_TOKEN_TO_BE_REPLACED 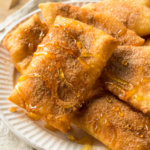 Sopapillas are delicious treats that are crispy and soft. They are very versatile and can be used in … END_OF_DOCUMENT_TOKEN_TO_BE_REPLACED 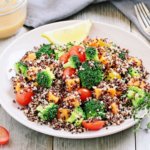 If you’ve been on the internet in the last few years, then chances are that you’ve seen a quinoa … END_OF_DOCUMENT_TOKEN_TO_BE_REPLACED 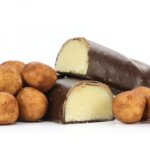 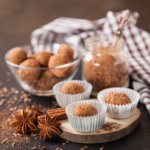 On your way out of the door? Grab a few peanut butter balls and hit the road, ready for the day’s … END_OF_DOCUMENT_TOKEN_TO_BE_REPLACED 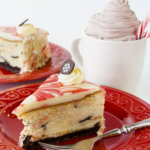 Buttercream frosting is relatively easy to make and is such a versatile way to enjoy the cake. Many … END_OF_DOCUMENT_TOKEN_TO_BE_REPLACED