When the weather outside takes a turn for the worst, or when you’re feeling the need to indulge in some good old comfort food, there can be few better options than a good old fashioned apple crisp. If you’re lucky, a traditional apple crisp will evoke memories of grandparents and happy times. It’s the easiness of this dish, as well as how good it tastes, that has made it a favorite for parents and grandparents alike to make with their children and grandchildren for decades.

Every family has their own spin on the traditional recipe, but most have common elements. Obviously apples feature quite heavily in whichever variation you’re used to, as do the oats for the topping, but it’s the little twists that make the difference between the apple crisp you know and love, and the apple crisp that your neighbor knows and loves.

Some of these twists are included in the 14 below, but really, the possibilities are endless. Heat that oven to 360 degrees Fahrenheit in advance and get to work on a scrumptious dessert. It doesn’t even have to be dessert! Enjoy it whenever you feel like it.

If twisting things up isn’t your style, don’t worry, we’ve got you covered. You could always play it safe by sticking to the basics in order to cook up a delicious apple crisp that is well within the realms of the ‘normal.’ It contains all the usual ingredients you’d expect to find in a crisp and is sure to be a real crowd-pleaser for a large number of diners, as there won’t be anything too suspicious in there.

You’ll need 6 Granny Smith apples, a cup and a half of oats, lemon juice, brown sugar, butter, and flour. What could be easier? Chop the apples up so they’re nice and small and layer them in the bottom of your baking tray. If a softer center is what you’re looking for, you could try pureeing the apples and adding the lemon juice and sugar at this point.

The topping needs sugar as well, mixed up with the oats and the butter, before it can be spread evenly across the top of the apples. Once it’s all prepared, pop it in the oven for around an hour and watch as the topping browns.

Tiramisu is an Italian dessert that has a coffee taste to it. In order to know how the real tiramisu … END_OF_DOCUMENT_TOKEN_TO_BE_REPLACED 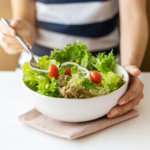 You may have tried it first in a restaurant or in a friend’s home, but if you have had Caesar salad, … END_OF_DOCUMENT_TOKEN_TO_BE_REPLACED 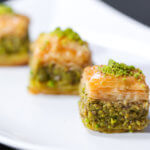 When it comes to desserts, baklava is a favorite throughout the Middle East and Europe. This … END_OF_DOCUMENT_TOKEN_TO_BE_REPLACED 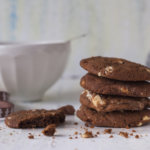 When you think of chocolate chip cookies, chances are that you have a go-to recipe. After all, the … END_OF_DOCUMENT_TOKEN_TO_BE_REPLACED 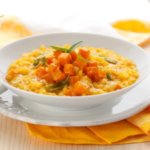 With each passing year, it seems like life gets busier and busier. Work commitments, social … END_OF_DOCUMENT_TOKEN_TO_BE_REPLACED 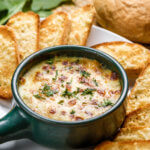 Whether you’re hosting the game day, a formal party, or a family holiday, appetizers are a must. … END_OF_DOCUMENT_TOKEN_TO_BE_REPLACED