‘Comforting’ in the culinary sense is almost always in the guise of Italian. And when it comes to Italian, lasagna – the single wide and flat pasta sheets used to make lasagne – a dish lovingly layered with these sheets, sauce and whatever filling you can think of, is probably the most loved.

So loved is the dish, in fact, that while the Italians lay claim to its origins in the thirteenth century, this is unlikely to be so – at least not in the form we know it today – because tomatoes had not yet made their way to Europe from South America by then. Lasagna historians argue that technically, the dish probably originated in Greece, although the Italians perfected it. In fact, ‘lasagna’ is derived from the Greek first known form of pasta, ‘leganon’.

The British, who lay claim right or wrong to so much culturally, of course could not resist claiming the first official lasagna recipe. British researchers found a cookbook dating back to the 1390s containing a lasagna recipe, starting a fevered British pitch as lasagna frontrunners.

And who can blame them – if there were one recipe on earth every nation would like to claim, it would probably be lasagna. Lasagna is made in kitchens in each corner of the globe, each with its take on the most tantalizing version of the dish. Here are some of them.

Looking for that classic, traditional Italian recipe? Searching for one, authentic version is as fraught as asking for ‘the’ Italian carbonara recipe – even in Italy, there are variations from the kitchen to kitchen. The favored version seems to use a classic butter, flour, and milk bechamel or white sauce without any grated ricotta making its way in.

The other authentic Italian ingredient is the red sauce – make a homemade one with pureed tomatoes, and any other vegetables – mostly red – that you would like to add. Carrots make the cut, not least for their sweetness. Flavor with typical Italian herbs such as basil. If you want to add a not-so-authentic veggie touch, add red bell peppers for zing, and even a finely chopped, deseeded chili or two.

As for the meat, it has to be ground beef and Italian sausage. Brown it first and if you haven’t diced it into small pieces, do so in a processor so it fits easily into the molten layers between the creamy-white and red sauces. Use mozzarella and parmesan for the cheese layers in between as well as the topping. 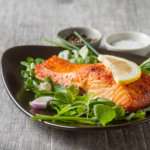 If you are looking for a fancy main dish that is relatively easy to prepare, baked salmon is the way … END_OF_DOCUMENT_TOKEN_TO_BE_REPLACED 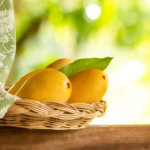 The mango grows best in warm, tropical parts of the world – but it’s one of the most popular fruits … END_OF_DOCUMENT_TOKEN_TO_BE_REPLACED 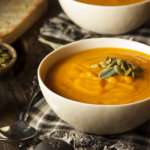 We love a bowl of steaming soup in the wintertime, and it’s a delicious way of getting all the … END_OF_DOCUMENT_TOKEN_TO_BE_REPLACED 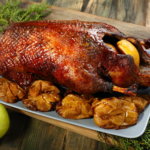 The festive season is upon us. It won’t be long before people start hanging decorations and shopping … END_OF_DOCUMENT_TOKEN_TO_BE_REPLACED 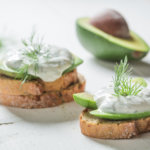 Tzatziki is a favorite dip of the Greeks; they load the stuff on pita bread for a refreshing and … END_OF_DOCUMENT_TOKEN_TO_BE_REPLACED 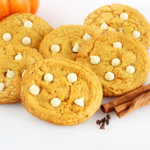 The festive season may be over for another year, but we’re craving snickerdoodles already. These … END_OF_DOCUMENT_TOKEN_TO_BE_REPLACED