It’s wintertime, and grocery stores all over the nation are stocking their fruit shelves with oranges.

There’s nothing as appetizing as a ripe, juicy orange on a cold winters day. Vitamin C in oranges makes them the ideal fruit to eat during the winter season. Vitamin C boosts immune health and clears the blood of toxic free-radicals.

Unfortunately, U.S orange production has slowed over the last decade due to pest infestation in Florida’s orange crops. As a result, America imports most of its oranges for consumption from foreign lands, such as Central and South America, and as far away as South Africa and Australia.

Oranges are fantastic on their own, but did you know you can cook with them as well? Here are 15 recipe ideas for cooking with orange juice.

Let’s start our recipe guide with a Mediterranean dish. The Greeks love olives, and they’re a staple in the Mediterranean diet, which is well known for its inflammation-fighting properties. If you’re like us, you probably enjoy eating olives whole. The texture and flavor of the fruit is somewhat an acquired taste, but once you’re hooked on the juicy goodness of these tasty delicacies, you’ll want to include them in every meal.

Olives and oranges probably don’t sound like the best flavor combination in the world, but we suggest you don’t knock it until you’ve tried it first.

Peel and remove the pith. Slice the fruit cross-ways into thick round shapes, and you should get around four to five slices per orange. In a medium mixing bowl, toss the olives with the lemon juice and the oil, and spoon them on top of the oranges. Garnish with mint, pepper flakes, and salt. The result is a bitter-sweet flavor sensation that’s totally addictive.

Sweet potato pie is a staple of the American South. But sweet potatoes go back centuries in South … END_OF_DOCUMENT_TOKEN_TO_BE_REPLACED 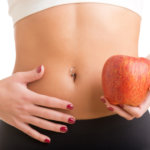 There are approximately 7, 500 different varieties of apples that are cultivated all over the world, … END_OF_DOCUMENT_TOKEN_TO_BE_REPLACED 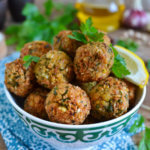 Falafels are a traditional recipe that originally comes from the Middle East – and, of course, … END_OF_DOCUMENT_TOKEN_TO_BE_REPLACED 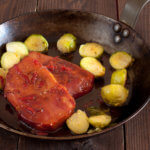 Is your life so busy and fast-paced that you rarely have time to put together a home-cooked meal? … END_OF_DOCUMENT_TOKEN_TO_BE_REPLACED 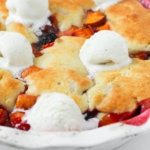 When it comes to desserts, you can never really go wrong with a good cobbler. From peach to … END_OF_DOCUMENT_TOKEN_TO_BE_REPLACED 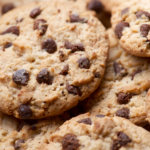 Peanut butter makes for one of the most versatile ingredients that you can keep around your kitchen, … END_OF_DOCUMENT_TOKEN_TO_BE_REPLACED