Falafels are a traditional recipe that originally comes from the Middle East – and, of course, remains as popular in Middle Eastern areas today as it has for thousands of years: But the falafel has been gaining increasing acclaim as a health food, with more and more people adding it to their diet as a great way to fill up a meal as a great side, as the entire meal itself and as a way to boost their body’s nutritional intake with one simple meal.

While the basic traditional falafel recipe remains the same, there are a hundred things you can do. For now, let’s just start with a great few.

Here are 14 delicious homemade recipes for falafel that you should be trying at home, from the ones that could feed an army to the ones that are ideal just for a quick snack.

The basic traditional falafel is a pretty easy thing to make, and you don’t have to think of it as an exotic and complicated recipe if you’ve never done it before; it requires just a few basic ingredients to make the falafel in its most basic state, and once you’ve made the basic version a few times you can add or subtract to the recipe whatever you want in order to change it up and suit the occasion. That’s the fun part.

Basic traditional falafels involve the combination of flour and mashed up chickpeas until they form a thicker paste: This is the base, and it usually takes just the right mixture of each to make this happen. Don’t rely on proportions when cooking: Rely on feel. When it starts to feel like a moldable paste, that would be what you’re looking for.

Add celery, green onions and your chosen spices for variety. 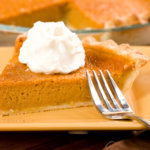 Sweet potato pie is a staple of the American South. But sweet potatoes go back centuries in South … END_OF_DOCUMENT_TOKEN_TO_BE_REPLACED 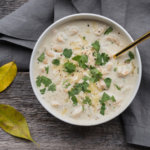 White chicken chili is a dish that is best eaten during the cold winter months. Some people have … END_OF_DOCUMENT_TOKEN_TO_BE_REPLACED 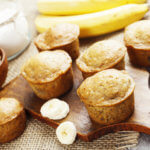 Muffins are some of the most versatile, delicious, and easy options when it comes to baking. This is … END_OF_DOCUMENT_TOKEN_TO_BE_REPLACED 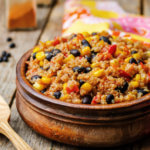 There is nothing better than a big pot of simmering chili. It is filling and tasty – a real heart- … END_OF_DOCUMENT_TOKEN_TO_BE_REPLACED 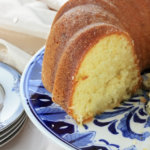 Do you feel like baking something this afternoon? Why not surprise your family, and try out a pound … END_OF_DOCUMENT_TOKEN_TO_BE_REPLACED

When it comes to desserts, cookies and cake are typical staples. However, why not try something new? … END_OF_DOCUMENT_TOKEN_TO_BE_REPLACED